We have consolidated all of Phil Valentine's book blogs into one. Please click here to be magically transported there.

Posted by Phil Valentine Show at 2:59 AM No comments:

How long did it take you to write The God Players?

I started writing The God Players back in the '90s. It was the first book I'd ever finished. I think I completed it sometime in 1996 or '97. I was really excited about the concept and had several people read it to give me feedback. I took that feedback to heart and re-wrote portions of the book based on what I heard.

We were living in Philadelphia at the time, and I sent the manuscript out to various literary agents and publishing houses. I have a stack of rejection letters to show for it. Yeah, I still have them. I draw 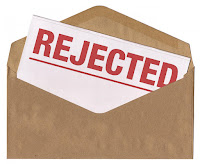 strength from rejection. I know that sounds odd, but I always have. The best thing that can happen to me is for someone to tell me I can't do something. I'm bound and determined to do it.

As it goes with book manuscripts there are various stages. Usually you start with a query letter. If you're lucky they want to see a synopsis. If they like the synopsis they want to see a sample chapter or three. If they like what they see they'll ask for the entire manuscript. I got to the sample chapter stage a couple of times and, as I recall, only got to the entire manuscript stage once. I remember sitting in my home office in Philadelphia and I got a call from a major literary agent in New York. She was gushing about the book. She asked me all about the concept, how I came up with it, character development, things like that. I was so excited. Then she said, "It needs more sh%*s and fu#*s." I said, "Excuse me?" She repeated what she had said saying I needed to go back through and pepper the manuscript with those words. It wasn't a matter of needing more, I didn't have any. I said, "But that really doesn't fit the characters." She said, "If you're not willing to do that, I can't represent you. I can't sell a book without sh%*s and fu#*s." I said, "Have you ever heard of a guy named John Grisham?" She said, "He's an anomaly." We discussed it a bit more and I finally told her I wouldn't do it. So, the manuscript sat in a box in my basement for 20 years.

It's not that I'm some puritan who refuses to use profanity. Roy Kirsch throws out a little salty language. So do Greg Wently and Bill Dumaine, when it makes sense. But I am a purist as far as my characters are concerned. Gratuitous cursing just didn't fit. I can't imagine a traditionalist like Dr. Clark Penrose throwing around the F-bomb. It would sound ridiculous.

One would think that would be the end of the line for my book career.

Here's an interesting twist that will give some of you prospective writers some hope. I'm a big believer in throwing a lot of lines in the water. Several years after I'd moved back to Nashville I got a call from a publisher. They were looking for someone to write a book on Ronald Reagan. They were having a staff meeting and someone brought up my name because they had read my synopsis. As it turned out, this was one of the companies I contacted when I was pitching The God Players. They had passed on the book because it didn't fit what they were doing, but they remembered that I could write and they thought of me when they were brainstorming about a Reagan book.

I told them I was wholly unqualified to write a book on Ronald Reagan but I did have an idea for another non-fiction book. That eventually became my first published book, Right From the Heart, which eventually became the bestseller The Conservative's Handbook. Who knows what would've happened had I taken the advice of the literary agent and sprinkled The God Players with curse words. To this day I believe it was bad advice. You need to stay true to your characters. You know them better than anyone. Don't have them doing or saying things that are out of character.

Posted by Phil Valentine Show at 4:32 AM No comments: